The technology to reach net-zero carbon emissions isn’t ready for prime time, but… 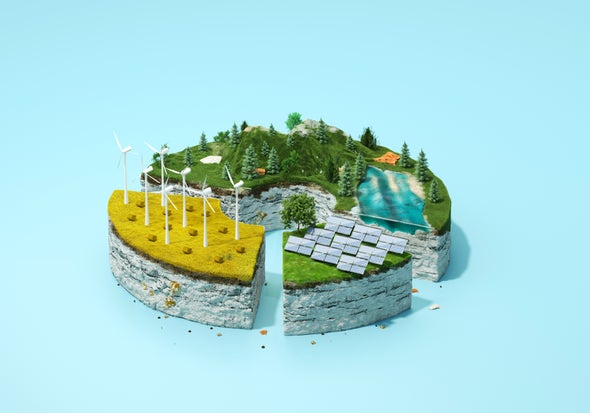 U.S. climate envoy John Kerry recently stated that in order to reach net zero emission goals by 2045, we’ll “need technologies we don’t yet have.” Well, he’s half right. It’s true that battling climate change requires innovative, technologically driven ideas that can be tested, replicated and scaled, at warp speed. But inventing wholly new technology isn’t necessarily the answer, nor is the idea we can deploy today’s technology all the way to 100 percent clean energy.

That’s because the foundations for transformational new technologies already exist in research labs today. However, that technology needs facilities that support rapid testing and scaling. It needs a method that allows research and technology development to coexist without fear of failure; a proven process that can quickly and efficiently bring lab innovations to market.

For example, BlueDot Photonics in Seattle has been able to, in a (relatively) short time, develop technology and secure funding for manufacturing next-generation solar cells that could increase cell efficiency up to 30 percent. Technology aside, the fact that BlueDot’s work grew from a research idea in a University of Washington chemistry lab into a viable startup with product testing within three years is why we need to pay attention.

How did they do it? They took their idea to a clean energy test bed.

Generally speaking, a test bed is a facility for testing, building and demonstrating new technologies. Think of it as a testing ground for scientists, researchers and businesses. Partnering with a test bed means having access to skilled staff scientists and next-level technology to develop and test new products before going to market.

Historically, climate change research and technology advances have been waylaid by high costs and time delays. There has also been a disconnect between the technology deployers and the researchers, meaning both the research and the vehicles to test and enact the research exist but the two don’t always meet. Clean energy test beds have emerged as a model for overcoming these barriers, combining top executors and brilliant ideas to develop and deploy clean energy technologies that are at once timely, cost-effective and viable.

To take full advantage of these facilities, and add more, requires strong federal partnership. In March, President Biden introduced a $2 trillion infrastructure proposal that includes $35 billion for climate technology research and development. Passing this bill means the ability to bring clean energy solutions to market when we need them, before it’s too late.

With support from the Washington State Legislature and private philanthropy, the University of Washington’s Clean Energy Institute launched the Washington Clean Energy Testbeds in 2017 to accelerate the development, scale-up and adoption of new technologies in solar harvesting, energy storage and system integration.

Identified as a national model in the 2019 Breakthrough Energy report on the “Landscape for Energy Innovation,” the Clean Energy Testbeds is an open-access facility founded on the principle that users retain all intellectual property. It offers customized training and use of instruments for fabricating prototypes, testing devices and modules, and integrating systems. Not only does this model save clean energy researchers, entrepreneurs and investors millions of dollars on expensive instrumentation and personnel, it also speeds up the go-to-market process. Which means a healthier Earth, sooner.

With traditional models for moving new ideas from research to commercial products, it typically takes well over a decade to get to market, and even then, it may only reach a tiny market segment and costs may be too high to reasonably scale to the size needed to make an impact. Test beds give more companies—from student start-ups to large corporations—the chance to experiment, fail and succeed without getting buried in exorbitant costs, slow research iterations and other time-prohibitive processes.

The burgeoning clean energy test bed model will only be successful (and exponentially more impactful) with federal partnership (read: funding and infrastructure). In addition to increased production at existing test beds, federal support would provide the means to replicate the model across the country, unlocking the full American potential to turn the tide on climate change.