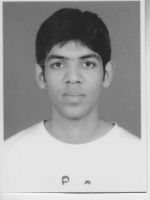 Most electric cars run on rechargeable lithium-ion batteries, a pricey technology that accounts for more than half of the vehicle’s total cost. The development of renewable, low cost, high performance energy technologies is a key scientific challenge. Active research is being pursued to develop a new technology that can replace Li ion batteries. One promising alternative is the lithium-sulfur battery, which can theoretically store five times more energy at a much lower cost. The major drawback of a lithium-sulfur battery is the polysulfide shuttling between anode and cathode, which induces low Coulombic efficiency, low utilization of the sulfur cathode, and severe degradation of cycle life  I plan to investigate and propose a first-principle electrochemical engineering model to understand the shuttling mechanism. The model would be validated with experiments and the ultimate goal would be to suppress the polysulfide shuttle which could ensure a longer battery life for the lithium-sulfur battery.
Advisor: Venkat Subramanian, Chemical Engineering