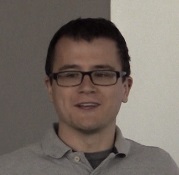 Did you know that in 2011, the US spent $502 billion subsidizing fossil fuels while an additional $80 billion was spent patrolling oil sea-lanes through military force? The technologies being developed and implemented to renewably harvest energy are critical towards us making strides for energy sustainability. However, for these technologies to be readily utilized we need suitable storage devices. Most people are familiar with lithium-ion batteries, which are commonly used in cell phones and other portable electronic devices. Li-ion batteries are a great technology, but lithium is costly and can only be mined from certain areas of South America and Asia. Thus, we need to explore other battery chemistries that could be suitable for large scale energy storage. Within this scope, sodium-ion battery is a promising technology as it is roughly 30-40 times cheaper than lithium and it is more stable from a safety standpoint. On the downside, it cannot store as much energy as lithium based batteries and its performance has historically dropped with each cycle because sodium ions are considerably larger than lithium ions. We have recently started exploring amorphous electrode materials as opposed to the crystalline electrode materials that are typically studied and used in industry. We have found several interesting discrepancies so far which makes this class of materials very exciting and promising for future use.