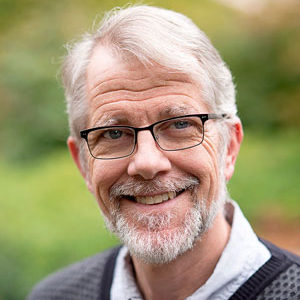 Stuve’s research in electrochemical surface science examines the nature and dynamics of electrochemical reactions occurring at electrode surfaces. This work involves both traditional electrochemical studies and non-traditional approaches for elucidating electrochemical phenomena at the molecular level. Current work relates to the surface chemistry of Li-air and Li-ion batteries. Lithium-O2, Li-ion intercalation, and electrolyte degradation are studied as a function of applied electric field at metal (Pt) and carbon surfaces. This work is done in an ultrahigh vacuum system equipped with field ion microscopy that can generate electric fields as large as 100 MV/cm. Reactions can be studied with a variety of mass spectrometric methods and with field ionization for atomic resolution. Stuve’s previous research includes hydrocarbon oxidation at solid oxide fuel cell anodes, methanol electrooxidation on Pt anodes at low temperature, and the surface chemistry of water ionization.

Stuve’s teaching interests include energy and the environment, fuel cell engineering, and process design. Since 1992, Stuve has supervised undergraduate research projects in fuel cells. In 1998 he developed a course in Fuel Cell Engineering, one of the first of its kind. Stuve also teaches courses at the undergraduate and graduate levels in thermodynamics, unit operations laboratory, reaction engineering, surface science, and statistical mechanics.

Stuve has published over 65 technical papers in catalytic and electrochemical surface science. He received an Alexander von Humboldt Fellowship in 1984, the Presidential Young Investigator Award of the NSF in 1986, and is a Fellow of the AVS He has served on review panels for the National Science Foundation, Environmental Protection Agency, Department of Energy, and Howard Hughes Medical Institute.