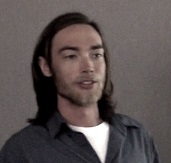 One of the major obstacles to the adoption of solar energy is how to efficiently store electricity generated during the day for use at night. Currently, lead-acid and lithium-ion batteries are two of the most common ways to store electricity. Unfortunately, both of these batteries suffer from major drawbacks; the former contain highly toxic and corrosive pollutants, while the latter are expensive. In addition, both batteries are slow to charge and gradually degrade over time, losing much of their initial storage capacity after successive recharge cycles. To address these issues, supercapacitors have emerged as an alternative way to store electricity. Unlike the aforementioned batteries, supercapacitors charge nearly instantaneously and can theoretically be recharged indefinitely without degrading. Although activated carbon — the main electrode material utilized in commercial supercapacitors — is inexpensive and robust, it suffers from low charge storage capacity compared to batteries. Hence, my research aims to explore replacements for activated carbon that can hold more electricity per charge, but are similarly inexpensive and durable.