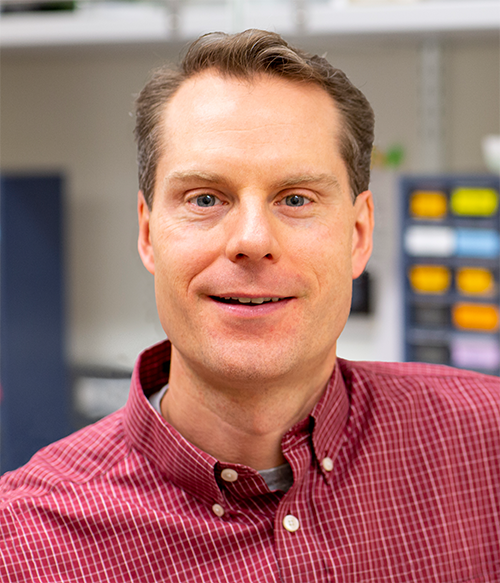 David Ginger is CEI’s chief scientist, Alvin L. and Verla R. Kwiram Endowed Professor of Chemistry, Founding Co-Director of the Northwest Institute for Materials Physics, Chemistry, and Technology (NW IMPACT), and Washington Research Foundation Distinguished Scholar in Chemistry at the UW. Ginger earned his Ph.D. in physics in the optoelectronics group at the University of Cambridge (UK) in 2001. His research centers on the physical chemistry of conjugated polymers and nanostructured materials with applications in optoelectronics – especially thin film solar cells – and sensing. Ginger has been recognized by the Research Corporation, Alfred P. Sloan Foundation, Camille and Henry Dreyfus Foundation, NSF, ACS, and the Microscopy Society of America, and was elected a Fellow of the AAAS in 2012.