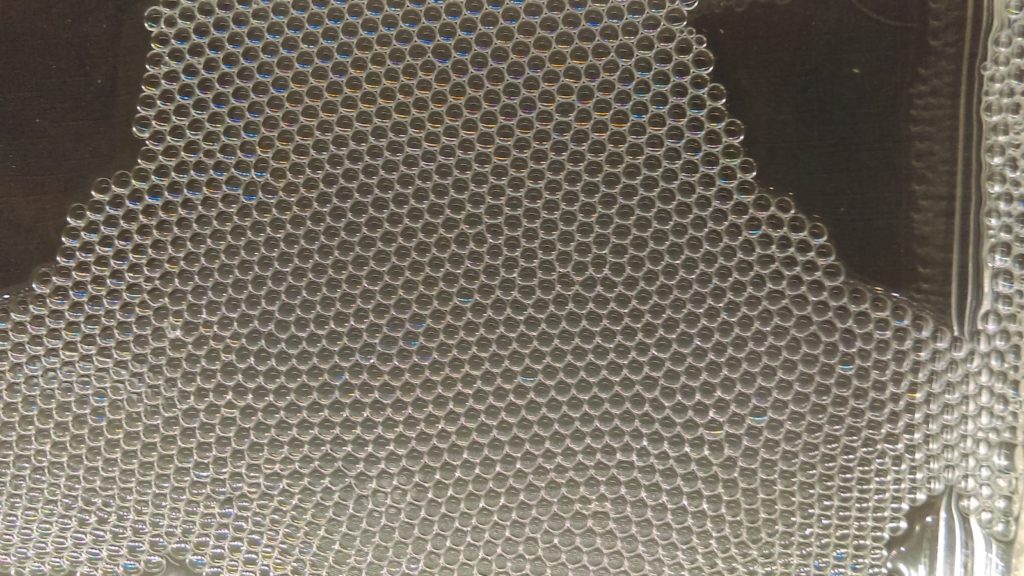 Can we use bubbles floating on water to model the organization of atoms forming a crystal?

Self-assembly is the idea that particles can organize themselves into the complex structures with a high amount of order. Closely packed balls of the same size will eventually sort themselves into tightly packed rows that look like the atoms arranged in crystals. At the molecular level crystals form when atoms align themselves in the position with the lowest energy in response to layers of crystals already in place. It’s very hard to see crystals form at the nano-scale.  You can see the macro effect of ordered solids in large crystals that mimic the geometry of their smallest. The bubble raft forms a sheet in which each bubble is drawn by surface tension to the closest position. This is analogous to the atomic forces which draw atoms into crystal formations. This model is most analogous to the structure of a metal formed of identical atoms.

Our researchers create nano-crystals which have interesting properties at the nanometer scale. Defects in the crystals can add to or detract from the useful properties of a nanocrystal.